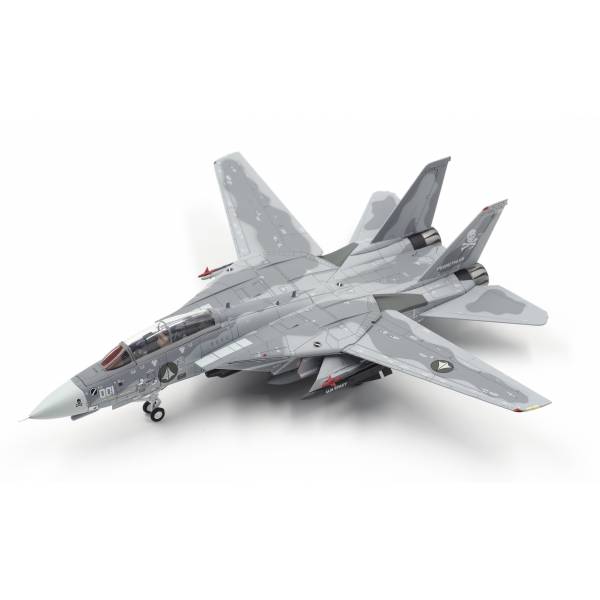 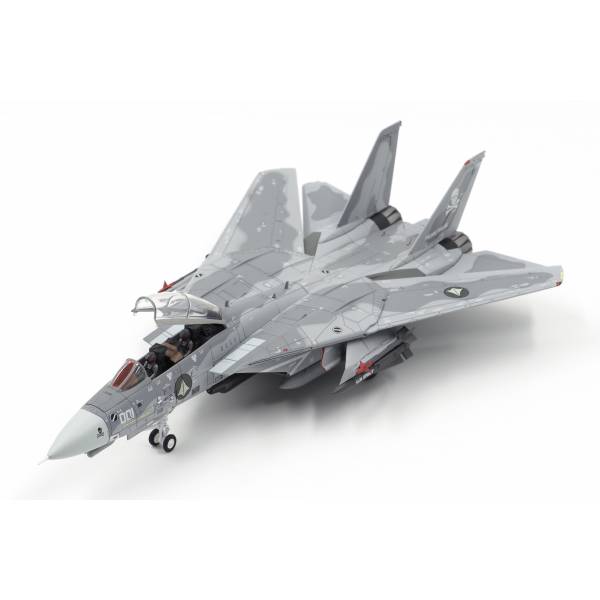 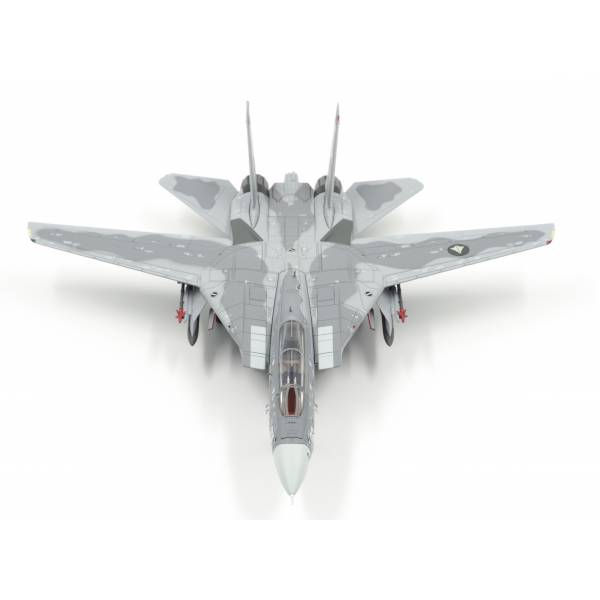 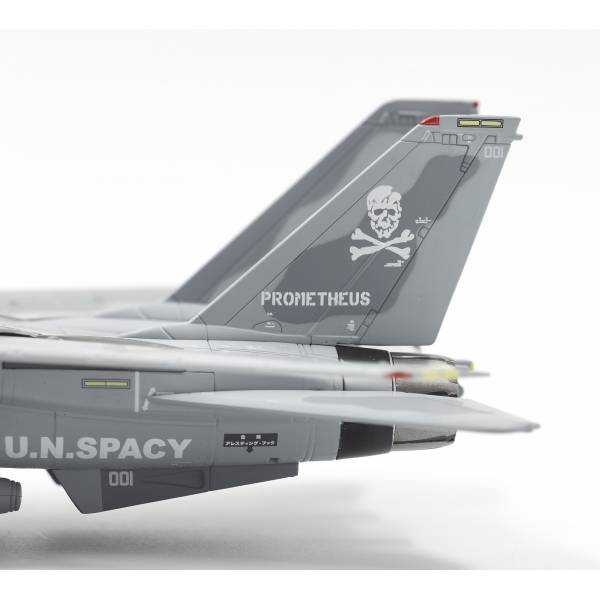 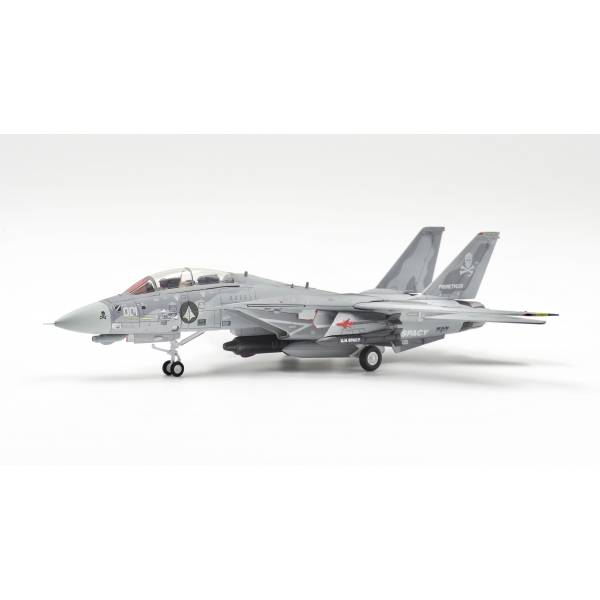 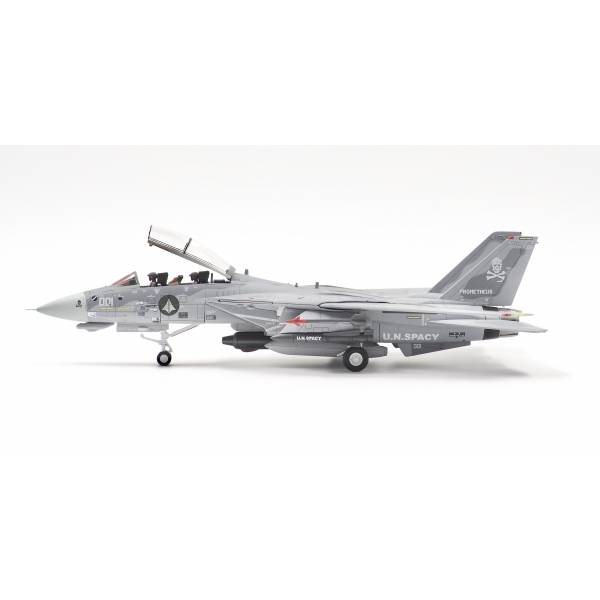 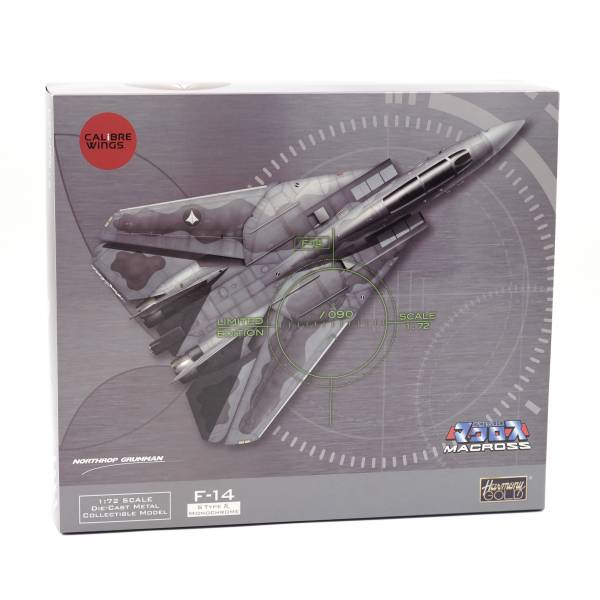 From Shinsei Industries, the “Monochrome” is one of only 2 new F-14 S-Type KAI （改）brought to service by UN Spacy. Code named “Monochrome” due to its special experimental paint scheme. The classified paint composition used on the “Monochrome” is likened to “Have Glass” technology which is meant to reduce the RCS (radar-cross section) by some 70 percent.

The “Monochrome” also has a modified underbelly airframe which is externally fitted with the 3-barrel 55mm GU-11.

The GU-11 is the main ordnance in the variable fighter experimental program, VF-EX.

The model is primarily made from die-cast metal with plastic parts accessories.